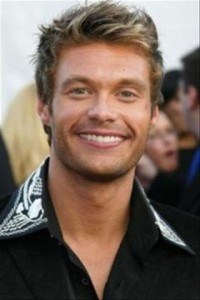 This appeared on Bill McMahon’s Personality Radio blog. It pretty much encapsulates much of what’s wrong with terrestrial radio today.

The Problem with Ryan Seacrest

“On-Air with Ryan Seacrest”is a microcosm of what’s wrong with radio right now. The problem has nothing to do with the show being created in Hollywood and syndicated to local radio stations across the country. The trouble is the show’s content. It’s ordinary, average, and forgettable. Mindless, soulless, lowest common denominator stuff the media, including most cookie cutter morning radio shows, are saturated with — vacuous interviews with celebrities hyping their latest projects, a steady stream of superficial celebrity news and Hollywood gossip clipped from the pages of People, Us, and The National Enquirer and read breathlessly with much manufactured enthusiasm and amazement by Ryan and his cohorts. This is sad stuff.Here’s what’s really scary. In the past few months, “On-Air with Ryan Seacrest” has spread to approximately 140 markets, including most of the 50 largest cities in America. How did this happen? The show has no record of ratings success. The content is no different and no better than the average local radio morning show. Okay, Ryan gets more and better celebrity guests, but who cares. There’s absolutely nothing special about his interviews — no intimacy and no revelations. Listeners can get the same information by reading the press release for the new movie, CD, book, or other project the celebrity guest is hyping. Make no mistake about it; these are not Howard Stern-like interviews. There are no surprises in Ryan’s fawning and shallow conversations. The show is not live, but that probably doesn’t matter given its content. It’s just a bunch of unoriginal recycled bits from Ryan’s morning show in Los Angeles, which by the way, is not even the highest rated show on KIIS FM. So, what’s going on here? Why is this show spreading? It’s definitely not a virus.

Radio is headed for extinction if things don’t change quickly. How did it come to this? Lee Abrams provided some pretty good answers in a recent interview conducted by Al Peterson at NTS MediaOnline. Here’s what Lee had to say about the radio business and the source of great ideas. “Radio was one of the last great bastions of creative thinking. There were no rulebooks, you could come up with a new format idea in your basement, take it out and try it somewhere, and if it worked you were in business. Unfortunately the radio business, which was once a place with very few rules, evolved into a business with a whole lot of rules…. all great ideas start emotionally then you use science to determine whether or not you’re full of it. In most big media today everything starts scientifically and the whole emotional component gets left out entirely.”

Lee’s description of how radio’s best programming ideas came to be and where great ideas begin sounds remarkably like what’s happening on the Internet today. All kinds of goofy original ideas are being created. There is lots of experimentation going on. People are creating stuff in basements and garages all over the world and putting it out there in cyberspace to see if it flies.

Big ideas like Google, Facebook, Pandora, and YouTube started as little experiments in a basement, garage, or dorm room. These ideas began with emotions, instinctive reactions to real life in the real world. The creators didn’t do focus groups or seek approval from the corporate office. They just began to create stuff that they thought was missing in their lives, stuff they wanted and needed. They didn’t try to predict how their ideas would be received or if they’d be accepted. They just created stuff they thought was cool and necessary. They created stuff that would make their lives and/or the lives of their friends better, more interesting, more fun.

This is exactly how many of radio’s most successful formats and shows came to be. Rush Limbaugh created the show he wanted to listen to — a show reflective of his ideals, his values and beliefs — a show that broke the rules and challenged the status quo. He discovered there were lots of listeners just like him who were looking for a place to hang out and connect with like-minded people who shared their conservative values. Howard Stern created the show he wanted to listen to. Lee Abrams created a format with the music he wanted to hear. Both discovered lots of listeners just like them who liked what they liked.

Now radio creates stuff for some mythical target audience defined by simplistic and superficial research. No one breaks the rules or challenges the status quo. There’s no experimentation. No risk taking. No new ideas. No innovation.

There is lots of cloning and copying. There are hundreds, if not thousands, of Rush Limbaugh and Howard Stern wannabes trying to duplicate everything these originals do. Nearly every morning show has a boy and a girl. Most are obsessed with presenting “pop culture” defined by superficial and sensational celebrity news and Hollywood gossip delivered by the girl. They talk about the same current events and news stories. Try finding a radio morning show this time of year that isn’t talking about American Idol. Yes it’s the top-rated show on television, but it’s watched in less than 20% of homes with TVs. Radio morning shows across the dial and around the country use the same show prep services for their inspiration. Formats, music, and imaging — all the stuff of radio programming — have become fully homogenized at a time when the real world — fueled by abundant entertainment and information choices made available by technology and the Internet — has become anything but homogenized.

The problem with “On-Air with Ryan Seacrest” and far too much of the programming heard on the radio these days is that it’s not distinctive, it’s not relevant, and it’s not essential to listeners because it doesn’t make their lives better. That’s why mobile phones, iPods, and computers are far more important in people’s lives than radios.