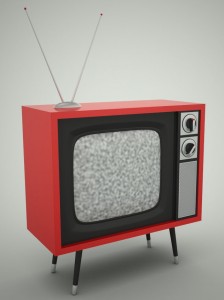 Over the last few years there’s been a television evolution. As the “big 3” then the “big 4” started to face stiffer competition from cable outlets and premium services, something amazing happened. Really, really good TV. Not so long ago, film and television operated in different worlds. TV actors would very rarely get a shot at big film roles, and more importantly, many of the best actors would turn their noses at doing television. Part of it might also have to do with the advent of HD, and the improved product from a purely aesthetic standpoint. There are still lots of quirky indie movies, but they’re finding it more and more difficult to find space on the multiplex screens. There are a whole bunch of shows that are better than most movies. Like Two and a Half Men. Kidding. There’s a long list. Breaking Bad, Children’s Hospital, Boardwalk Empire, to name just a few. Right now, Mad Men is finishing up a tremendous season – a show where I sometimes feel euphoria watching it because it’s so, so well done. Another brilliant show – that I’m pretty sure I’m not the target audience for – is Girls on HBO. Lena Dunham‘s indie film Tiny Furniture gained her some critical notice, and a 10-episode series Exec Produced by Judd Apatow. She acts in and writes all of them, and directed half. It’s already been picked up for a second season. Watch it. Here’s a trailer.