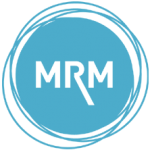 Every once in awhile a radio article comes out that is bang-on about personality radio. This is one of them. Mark Ramsey, a radio guru, shares his thoughts on why your morning show might not be working. I’d argue, his thoughts on personality apply to all dayparts. Some highlights for me:

What do you think? Full article here.