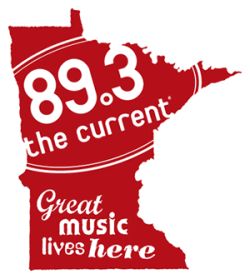 I was on the Humble and Fred Show on SiriusXM earlier this week, and chatted about my whirlwind last couple months. Back in June, I saw a posting for a morning show co-host position at a station in Minneapolis-St. Paul, Minnesota. The format of the station is Triple-A: Adult Album Alternative (lots of new indie, and a really wide range of interesting music including a healthy dose of classic alternative.) Musically it’s a format I like to listen to. The station is called The Current, is one of the most influential AAAs in North America, and is under the Minnesota Public Radio umbrella. I’m also a long-time fan of public radio. So I applied mid-June, thinking it would be a long-shot for a Canadian, that I’d likely hear nothing, and forgot about it.

About a month later, in late July an e-mail came to my box, asking about a phone interview.  What followed was a month and a half of formal interviews, and casual conversations on the phone with programming people, as I immersed myself in researching and listening to the station, and learning as much as I could about the Twin Cities. The more I listened to the station, the more I loved what they were doing musically. It was like my iTunes on shuffle, including songs I’d not heard on the radio in decades, plus an introduction to some great music that was new to my ears. The more I learned about Minneapolis-St. Paul, the more impressed I was with how progressive and artsy it is. Kind of like a Portland, or Austin, but with much, much (much!) colder winters.

I was eventually flown in for a day of interviews and demos, and some time to get to know the cities. It was great to finally meet face to face and spend time with the folks I’d been chatting with on the phone. I can’t say enough about how hospitable and friendly they were. The MPR facility is first-class, and the staff there are top-notch.

I left the twin cities (not identical twins!) with a crush on MSP and MPR – specifically The Current. We didn’t find a fit, but it was a great experience, and I’m honored to have been a top contender.